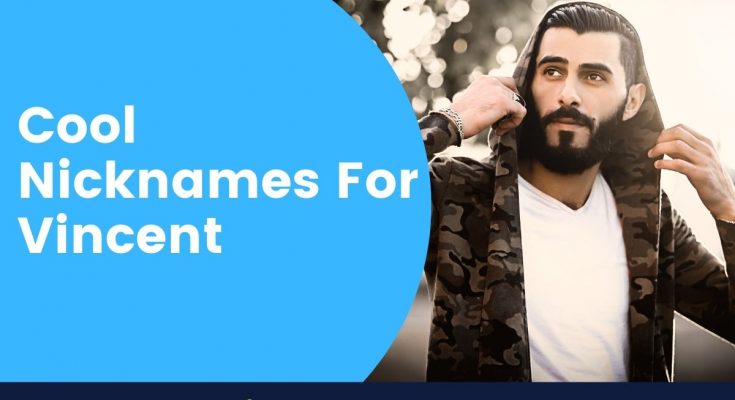 Vincent is a noteworthy name for males because it wonderfully fits both; young boys and dapper men! This cool title is admired for its masculine tone and sophistication and has remained evergreen for as long as we can remember.

If you have a guy named Vincent in your life who is very dear to your heart, then you might want to show your affection by picking a fitting nickname that resonates with his disposition.

This is why, in this article, we have compiled over 40 cool nicknames for Vincent, and listed them categorically to make your job all the merrier and easier! Additionally, each endearment comes with a whimsical description to help you make the best choice.

But before diving right into the list of nicknames for Vincent, let us first explore the meaning of this name and where it hails from.

Meaning And Origin Of Vincent

Ranging from the actor Vincent D’Onofrio to the French priest Saint Vincent de Paul and artist Vincent Van Gogh, this name has been borne by some of the most famous personalities across the world. Vincent has been derived from Vincentius, a Roman name, which in turn, was a derivative of the Latin word Vincere, translating into “to conquer.”

This name began taking over the Christians with its popularity because it was borne by several saints. Despite the fact that it has been used since the Middle Ages, Vincent did not transfigure into a commonly-heard title until the 19th century. Furthermore, Vincent has always been a treasured name among the Roman Catholic lineages.

Now that we are familiar with this name, let us head straight to our list of the most astounding nicknames for Vincent.

Such a well-curated name like Vincent deserves to be known and admired. Therefore, it is best that you get your loved one a nickname that gives others an idea of his spectacular original title!

If a popular moniker is what you are seeking, then look no further than this list:

If the special man in your life is a total lamb, then he probably deserves a cute nickname that makes him go “Aww!” in a split second!

Listed below are some of the most adorable nicknames for Vincent, so check them out:

A funny nickname is an excellent way to seize a laughable moment while calling out the person who means the world to you! It not only brings bouts of giggles but also offers you a chance to lovingly tease a person who shares a special bond with you.

So, if you are on the run for some fun, then have a look at some of the most comical monikers for a guy named Vincent:

Going by the name, it seems like the special man named Vincent in your life must be the coolest guy around the block! And understandably so, nothing in this world would make him happier than a cooler nickname that reflects who he is.

Below, we have listed some of the most badass endearments for your man, that we are sure you will love. Have a look:

These days, you can nickname your loved ones whichever crazy way you like. But, there are a few evergreen Italian nicknames that will hit hard and leave you completely mesmerized!

Moreover, the Roman origin of the name Vincent gives you all the more reasons to go completely Italian! So, scroll through some of the most admired Italian nicknames for someone bearing this name:

So, this was all about over 40 magnificent nicknames for a guy named Vincent. We hope that our all-inclusive roundup has helped you to pick a moniker that mirrors the special man in your life, or at least inspired you to curate one of your own!

Remember, there are no rules to your nicknaming journey as long as you enjoy the process, and gift a special title to your beloved with a full heart.

Lastly, if you have another great nickname in mind that you think we may have missed adding to our list, then be dear, and please share it with us!