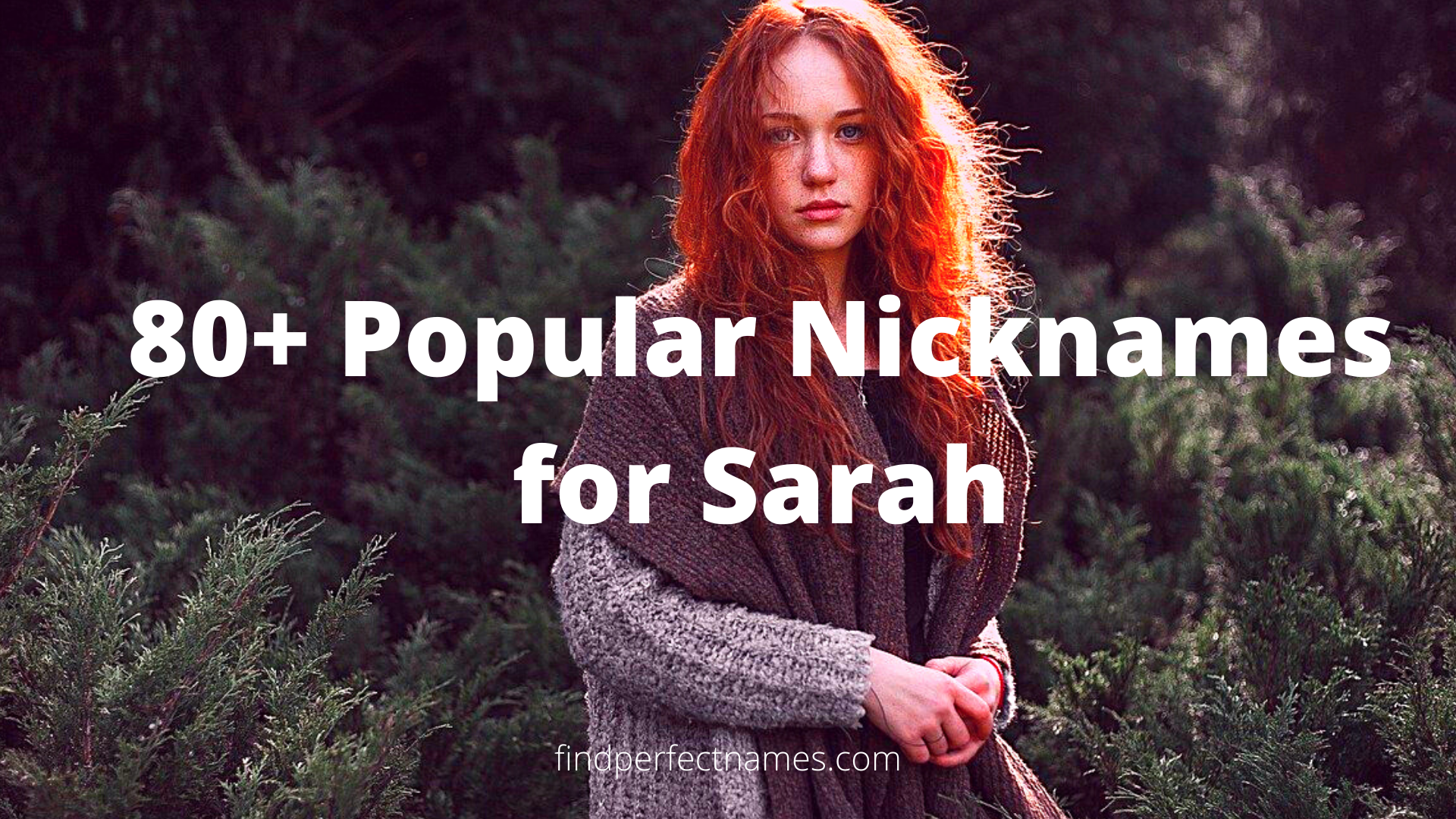 Are you looking for a nickname for Sarah? If yes, then you are in the right place. In this article, we’ll show you a collection of more than Eighty popular, cute and funny nicknames for Sarah.

The name ‘Sarah’ along with all its variations is not only a beautiful name but a very old and powerful one at that. A name meant for the christening of a woman, instances of the usage of ‘Sarah’ as a name has been found in many old and religious manuscripts.

Sarah has many positive connotations. No wonder it is so popular in western countries, especially those in the United States of America, and countries in the European continent. Between the seventies and the eighties, Sarah was a popular choice for naming baby girls in the United States. The name has a position in the top ten names for girls in Ireland.

Nicknames are for people you love and are very familiar with. There are innumerable nicknames for Sarah, ranging from beautiful and elegant to funny and quirky.

However, where did the word Sarah come from? What does it mean in the first place? And why is it such a perfect and popular name for girls?

Origin and Meaning of Sarah

While an accurate origin of the name is still murky, it is generally agreed that the name contains Hebrew ties, and was given to women of high rank. ‘Sarah’ in Hebrew roughly translates to ‘woman of significance’, and is closer to the word or designation ‘Princess’. Sarah is a very positive name – the name refers to ‘happiness’ and ‘delight’ in Arabic translation.

The name and the alternate uses of Sarah have been used as a name to christen a woman in Jewish, Christian, and Muslim religions. The name Sarah was given to Abraham’s wife in the Hebrew Bible, the Old Testament of Christianity, as well as the holy Koran of Islam.

Sarah is a beautiful name that holds the potential for untold strength and graceful dignity for a person. Sarah is an appropriate name for people who are bubbly, charming, and are tenacious.

Let’s check out some nicknames for Sarah:

Sarah is a pretty name, but you can have fun with it! Some funny and unconventional nicknames for Sarah are:

Sarah is such a sweet and pretty name, so here’s a list of cute nicknames for people named Sarah:

The name Sarah stands for strength and high standards, so it goes that the nicknames should also match that sort of a personality. Here are some cool and suave pet names for the cool Sarah’s:

People with the name Sarah tend to be boundless in their creativity, beauty, and intellect. So it only stands that people named Sarah can have some really witty, creative names!

If your aunt is named Sarah, or your name is Sarah and you are about to be an aunt, then you are in luck! Here are some great pet names you can call Auntie Sarah:

So you see, the name Sarah has gone through many alterations and radical changes over centuries to have come up with such nicknames.

A lot of these pet names may not bear a lot of resemblance with the actual name Sarah, but nicknames are meant to be funny and emit a sense of familiarity and love.

There are many more nicknames for Sarah, and those are made by people in the spur of the moment. These nicknames are not very common, and you can make up pet names as a game on the go.