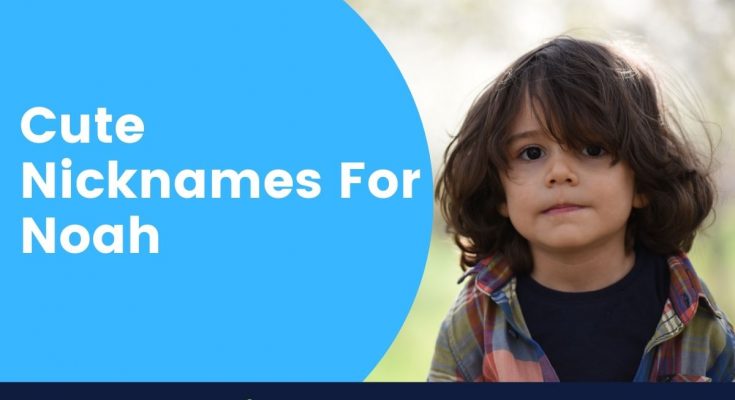 Noah is one of the most classic and high-spirited names for boys out there and has trailblazed its way to the top in the past few decades. It’s just the right amount of playfulness and solemnity, and carries a resounding ring to it, which we absolutely love!

If you have a man in your life who bears this feel-good name, you’d already know what a gem of a person he is. So, it is all the more important that you find a good pet name that mirrors the spark of this well-rounded title!

This is why, today, we have brainstormed over 60 cute and adorable nicknames for a guy named Noah, and placed them categorically so that you pick the one that best suits your interests.

Additionally, each nickname comes with our friendly word of advice and description to help you seal the deal!

But before we delve deep into the pool of nicknames for Noah, let us first explore a little about what this name means, and where it first spawned from.

Meaning And Origin Of The Name Noah

The earliest mentions of the name Noah can be recorded as far back as Biblical times. This name was traced in the Holy Bible’s Old Testament, for the creator of the Ark that guarded him along with his family, and all species of animals when the Great Flood struck them.

Noah hails from the Hebrew origin, and is a variant of the name “Noach,” which translates into “response,” or “rest.” This is an English Cristian title and has been a staple among the greatest names for boys since the Protestant Reformation period. Another interesting piece of information is that Noah was positioned as one of the leading boy names between the years 2010 and 2018 across the United States.

Now that we are familiar with this name, let us head straight to the list of nicknames for Noah that we have prepared for you. Have a look!

A guy with such a cute name probably deserves an equally cute nickname to go! If you are looking for a pet name that creates an air of charm and delight, then have a look at some of the most endearing nickname options for Noah that we have hand picked for you:

Ever heard of a nickname that makes you think, “Woah, this is so awesome!”?

Well, gear yourselves because listed below are some of the most incredible sets of nicknames for someone named Noah that we have ready for you! Have a look:

A nickname that brings bouts of giggles and laughter is a nickname well thought of! If the Noah in your life is blessed with a good sense of humor, then it’s only fair that you gift him a funny one!

Glance through some of the most whimsical pet names for Noah, that you are sure to love:

A great way to settle on an ideal nickname is to dodge your experimental instincts and simply pick a tried and tested nickname that’s popular among your circle. Scroll through some commonly-used pet names for a boy named Noah:

So, there you have it –  A huge list of over 60 cute nicknames for a boy named Noah. We hope that our roundup has equipped you with the ideal nickname that will do the job, or at least inspired you to curate one of your own.

If you have another great pet name for Noah that you think is worth sharing with our readers, then help us expand our database and share it with us.