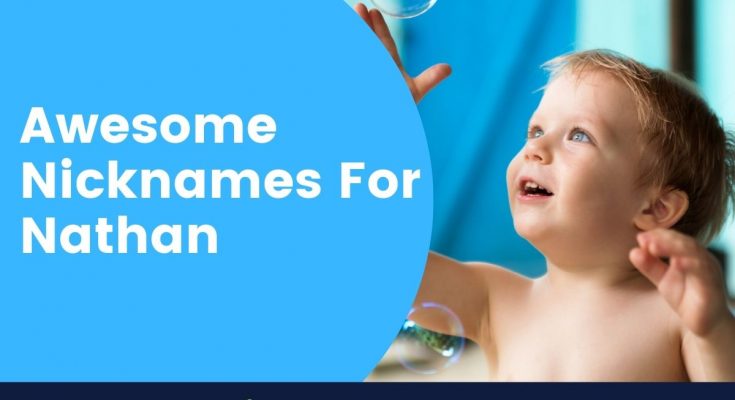 Nathan is one of the classiest names for boys and has been steadily popular since the 1970s. What’s interesting to know is that despite its ancient roots, this name has been a chart regular since the inception of the Top 1000 count in the United States.

Nathan is a name with friendly vibes, perfect at home and to be heard in the classroom during roll-call! Another factor that makes it uniquely special is that although it is recognizable, yet it’s not that overused. This helps manage the name to walk the fine edge of popularity!

A boy with this name deserves all the love and attention. Also, he deserves an awesome nickname that turns heads whenever someone catches wind of it.

If you are looking for an eccentric nickname for someone named Nathan in your life, then you’ve hit the right spot because today, we have brainstormed over 60 great endearments for you to choose from! Additionally, each nickname comes with our friendly advice to help you make the right choice.

But, before getting started, let us first explore the meaning of Nathan and where it originally originates from!

Meaning And Origin Of The Name Nathan

Nathan is a popular name for males and hails of Hebrew origin, translating into “Gift of God.” This title has been derived from the Greek rendition of the Hebrew name Netan’el. It means “Gift of God/El.”

Some of the earliest records of the name Nathan can be traced in the Hebrew Bible (also known as Tanakh), which incorporates Nethanel, the son of Zuar, the maestro of the Tribe of Issachar. Also, this name can be found in the New Testament Christian Bible that talks about Nathaniel, Christ’s Apostle.

The meaning of Nathan essentially implies that God is the giver, and is a fitting name for a man who is no less than a precious gift from above. Additionally, it is also an excellent alternative to other Biblical titles, such as Daniel and Jacob.

Now that we know the meaning of Nathan and its roots, let us have a look at some of its nicknames.

A nickname can come in all shapes and forms, but the best one that you should use for your beloved should be cute and swoon-worthy! Need some inspiration?

Listed below are some of the most charming nicknames for Nathan. Have a look:

If you are up for the kind of nickname that welcomes fits of laughter and strengthens your bond with the person you are searching nicknames for, then a funny nickname is your best bet!

Below, we have listed some of the most whimsical nicknames for someone named Nathan:

If the name of your loved one is Nathan, then we’re already sure that he’s everyone’s favorite! Therefore, he needs a nickname that’s as fiery as his appearance, and as cool as his magnificent personality!

If you are seeking such a term of endearment, then look no further than this list:

The upside of choosing a tried and tested and popular nickname is that you will rest assured the pet name is great, and won’t make the Nathan in your life look like a laughing stock!

If you’re done exploring and want to settle for a nickname that is already in everybody’s good books, then look no further than this list:

So, there you have it –  Over 60 awesome nicknames for someone named Nathan. A nickname should almost fit a person like second-skin. It should match their personality and interests, as much as it matches their appearance.

Remember, no matter what nickname you choose, as long as you enjoy the process and pick something with a heart full of love, the Nathan in your life is sure to adore it!

We hope our list of pet names has helped you choose an endearment that suits your loved one, or at least taken you a step closer to the destination!

If you are feeling creative and can think of another fantastic nickname, then do let us know!