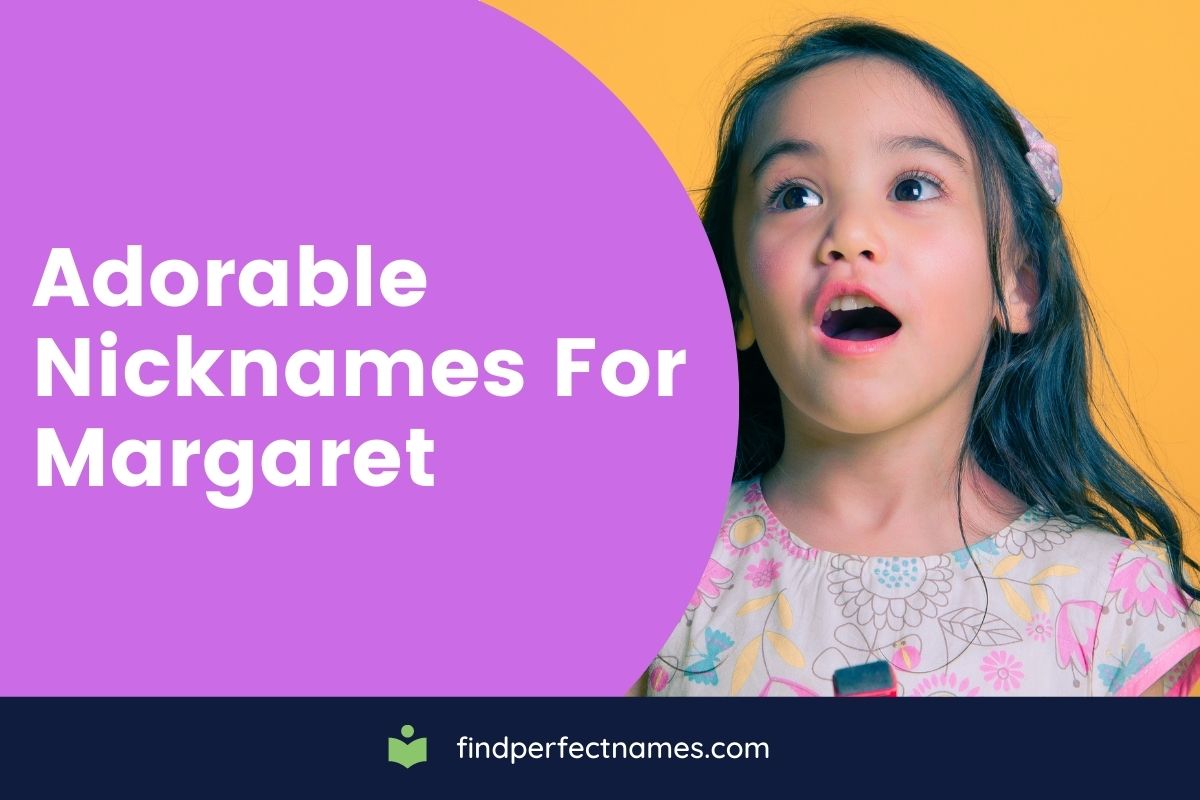 Indeed a timeless classic, the name Margaret has bagged endless appreciation for its fluency and dexterity. From Margaret Atwood to Margaret Thatcher, many notable personalities have carried this name and hit it off.

As pleasing as it sounds to the ears, there’s no denying the fact that it may feel a little bit too formal for everyday use.

So, this calls for a great nickname to honor the special someone named Margaret in your life!

A nickname is like your own tailored way of expressing your affection towards your loved one and you will be using it for a long time to come, so you’d want to pick a title that’s cherished by both—you, and the person you are using it for.

If this seems like a time-taking task, don’t worry! We have brainstormed some of the loveliest nicknames for the name Margaret, and a bit of background for each one to help you make a perfect choice.

But before we get started, let us have a closer look at what Margaret actually means.

Meaning And Origin Of Margaret

The meaning of Margaret is just as beautiful and feminine as the name. It is of Greek origin and is taken from “Margaron,” which translates into “Pearl.”

It spawns as far back as the 4th century and is popularly known after Saint Margaret, who is held in high regard for escaping a dragon. Often used by Christians, this name of royalty is no less than a masterpiece.

Now, we are going to have a look at some awesome nicknames for Margaret.

One of the best ways to show someone love and affection is by giving them an endearing nickname. If you are looking for something cute that makes the Margaret you know swoon with joy, then look no further than this list.

What’s the point of immersing yourself in a pool of nicknames if you do not enjoy using it as much as choosing it?

From playful tags to punny ones, here is a list of some of the funniest nicknames for Margaret that will leave you chuckling!

A nickname is an essential part of feeling a sense of “belongingness,” especially if you’re the only one bearing it. Who says you have to settle with monotonous endearments for your loved ones?

To help you choose the best, we’ve done all the legwork and listed some of the most distinctive nicknames for Margaret! Have a look.

Good nicknames are like diamonds. Only a few get their hands on the best ones.

You might be surprised to know that not only Americans but others throughout the world enjoy using Irish nicknames for their beloved.

So, we have got you covered with some of the greatest nicknames hailing from The Emerald Isle!

By now, you must be familiar with the fact that the name Margaret carries a variety of nicknames.

While some, such as Meg, Greta, and Maggie are pretty common, others are downright odd; but hey! We’re not complaining.

So, if you are searching for an unusual (in a good way) nickname for a name like Margaret, have a look at the options that we have listed out for you.

If you intend to choose one for your dearie, listed below are some of the finest old Scottish endearments that not just go back to Grandma’s day, but also for ages beyond!

In case you’re curious about its popularity, the name Margaret is currently ranked at 169 among the most sought-after female names!

Such a beautiful moniker deserves a lovely nickname to go with it. We hope that our list has helped you set your heart on the name you want to address your Margaret by, or inspired you to curate one of your own! If you have another unique nickname in mind, don’t forget to share it with us.