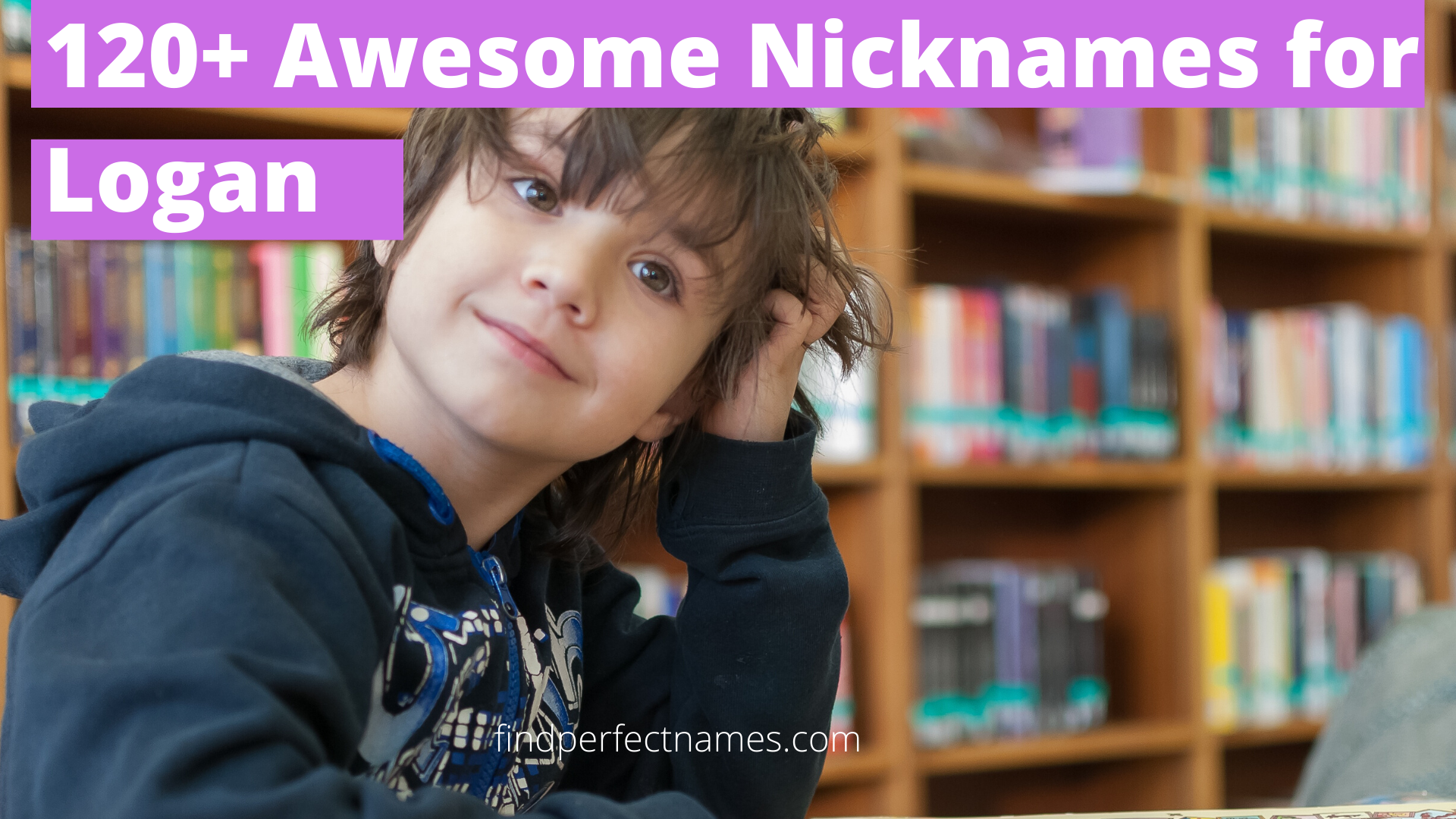 If you think that ‘Logan’ is too short a name for a nickname, you are absolutely wrong. Admitted that Logan is a very short name with only two syllables but that should not exclude Logan from having a nickname. In this article, we’ll show you more than 60 popular nicknames for Logan.

It is hard to find a nickname for Logan because of how short it is, but the struggle makes the nickname even more special. This name gives off an aura of strength, strong personality, and unwavering spirit.

This name is extremely popular for a long time now in a lot of places. It has got increasingly popular with time and even became one of the top five popular names in the year 2017.

Logan can give off a strong vibe while also sounding friendly and approachable. It also pairs well with numerous middle names and thus becomes one of the top choices for people who have already chosen a middle name for their baby.

The popularity of the name Logan in recent years is somewhat because of the popular character of Wolverine who is known as Logan and the characters named Logan in a number of popular video games including Call of Duty.

Origin and meaning of the name Logan

Earlier, the name Logan was used majorly an Irish surname- O’Logan. But with passing time it started getting accepted as a first name and even became very popular.

Logan is also a place in Scotland. Therefore, the name also comes from Scottish origin and has gained popularity in a lot of places. The Irish surname means ‘descendant of the warrior’ while the place in Scotland means ‘little hollow’.

Their love and adoration make them come up with a cute nickname by which they always call us. Even though Logan feels like a name that gives off a strong and sturdy vibe, Logan can also be a sweet and cute person. So, here is a list of cute nicknames for Logan:

The Logan you know might be the life of the party. He might be the person making people laugh all the time, be it school or a sleepover. Humour might as well be his second skin.

For such a Logan, he is sure to be able to take jokes on himself and laugh that off. Here are a few funny nicknames that this Logan definitely deserves:

The name Logan gives off the vibe of a strong person who can fight for the right. This kind of personality is very cool. Logan can even be that person in school that is considered cool by everyone.

To match up to such a cool personality, Logan definitely deserves a nickname that matches up to his coolness. The cool nicknames that can be considered for the cool kid Logan are as follows:

However, many people prefer to go against the flow and not use the nicknames that are commonly used by the majority of people. For these people who would prefer to use a clever nickname for the Logan they know, here are some ideas:

While choosing nicknames for their babies, parents and the loved ones always try to go for the nickname that feels the best to them.

The same thing goes even for someone named Logan. Though every nickname that a loved one calls a person by can be considered the best, still here are a few suggestions that one can consider for the name Logan:

Logan is a very popular name and it is unlikely that one would never come across someone named Logan in all their life. One of these persons named Logan might happen to be the special someone in your life.

When it comes to these people, we tend to call them cute nicknames. Some cute boyfriend nickname ideas for the Logan in your life are as follows:

Now, that you have read this article, you have numerous ideas for nicknames of Logan even though before this you might have been struggling to come up with a suitable nickname for your Logan. But now, no matter your relationship with your Logan, you have a nickname that suits them.