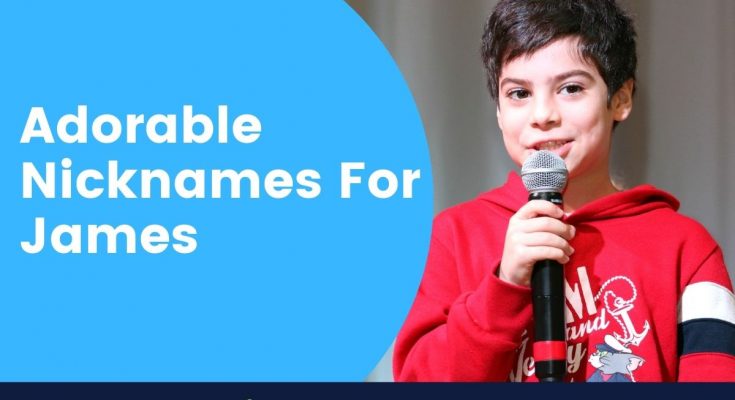 Are you hunting the best nicknames for James? A nickname is the most endearing gesture towards a person you love and respect. Finding a suitable nickname for a James is a no-brainer as we have compiled all possible nicknames under one site.

James is a name with Biblical relevance. It means ‘the Supplanter,’ or the one who replaces something original. According to the New Testament, Jesus had Jesus also had a brother named ‘James the Just.’ Two apostles, called ‘James the Greater’ and ‘James the Lesser’ are also mentioned in the Bible.

The name ‘James’ faced surging popularity in the 17th century during the inheritance of King James VI to the English throne. A word of advice would be not to pair the name James with a surname that starts with the letter ‘s.’

We know how much a cute name brings a smile across a face. Millions of flowers and candies can never match up to the cuteness these nicknames bear. If you know a James who needs a cute name, read on!

No matter how proper a name is, near and dear ones find ways to make it funny and unique. To embarrass someone named James in front of others, use these names. James may hate it but secretly love it!

The entire list of popular nicknames is the best possible modification of the original name James. Have a look at the list to get more ideas.

There are very few Scottish nicknames for James.

The Irish nicknames for James are sweet and unique.

Sometimes a cool nickname can add to your personality. Make the best use of it with this list of the coolest nicknames for James.

If you know someone named James whom you love and cherish, get going with this list of the cutest names you can utter to your love.

Don’t follow any format. Go crazy with choosing the best nickname for James. If you recall a nickname that we have not mentioned, let us know in the comments section below.