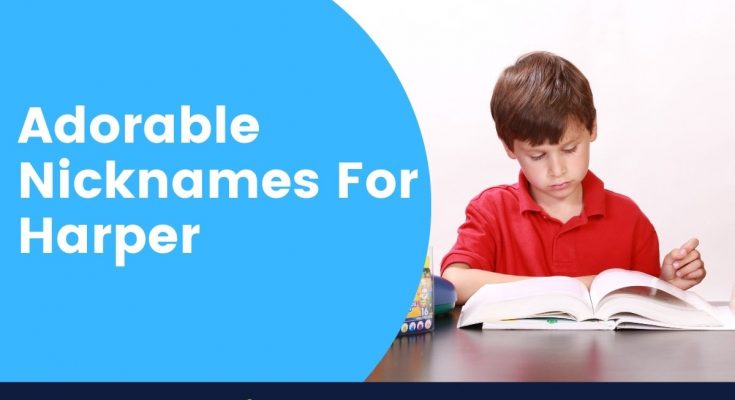 People might be wondering why ‘Harper’ sounds so melodious. Well, it is because of the musical instrument ‘Harp’ that accounts for the origin of this name.

As noticed, the name was used to denote the occupation of a person who plays the harp. It has English, Scottish, and Irish origins, and just like in movies, the harper was known to be the most important figure of a medieval baronial hall. Such importance was specially given in Scotland and Northern England where the office of the harper was sometimes hereditary.

The very famous author Harper Lee, who is the author of the book To Kill a Mockingbird, especially accounts for the popularity of this name. A popular choice amongst parents, girl babies are given this name, and this trend began in the mid-2000s and was at its peak in 2015.

As it is an occupational name, Harper was initially used as a surname by those who were skilled in playing the harp. The surname was widely used in Ireland, and the Harper family name was found elsewhere in the United States, the United Kingdom, Canada, and Scotland between 1840 and 1920.

Usage of the Name Over Time

According to 2018 Social Security Administration Data, Harper is the 9th most popular girls’ name in the United States.

Back in the 1800s and early 1900s, this name was given to boys but then it disappeared for like a century and again made its appearance in the mid-2000s, but this time it became an extremely popular name for girls.

With widely known authors and characters in trending TV Shows and Movies, Harper made its way to the list of Top 10 most popular names. It hasn’t gone down since.

As this name sounds melodious and adorable at the same time, one should not face a hard time finding nicknames for their friend Harper! We have listed 50+ adorable nicknames for Harper below which you can look at and choose from according to your friend’s personality!

We heard you and now we are going to present you with a list of nicknames that are as popular and lovely as your friend. You can take a look at the names in the list below:

Every Harper comes within a package that has cuteness in all big quantities, and they’re not shy of such a tag. Just like the trait, we have some cute nicknames which would make your friend totally adorable:

While names have meanings behind them, it’s okay to think of something funny just to have it as a tag. We have made a list of funny nicknames for Harper, take a look and think about choosing one for your friend to mock them on every occasion:

Even though it’s a popular name, the personalities that have been recognized by Harper have a sense of uniqueness. You can differentiate them from the crowd because they stand out.

We have some unique nicknames for someone who goes by the name ‘Harper’, check them out:

And since we’re not going to leave anything out here, we’ve come up with a number of cool nicknames for your pal. We work to impress, and you can check our work below:

We have given you a list of nicknames and now it’s your turn to choose that one name which will fit in with your friend’s personality traits. There are more than 50 names, so don’t hesitate on putting in a lot of time just to choose the right one.