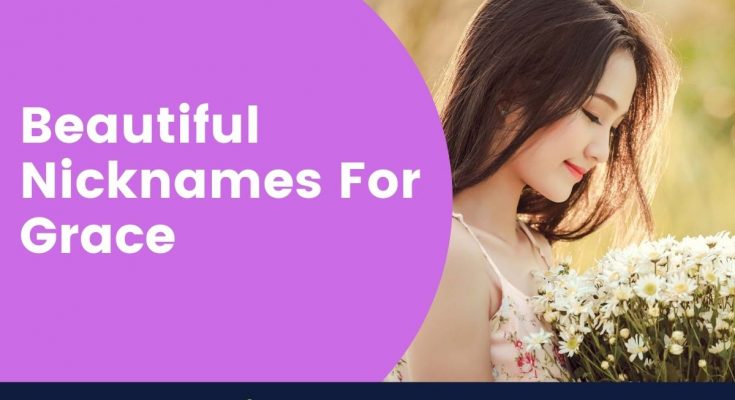 Just as the name implies, Grace is a graceful title given to females, and luckily, comes with a plethora of fantastic pet names that are just as beautiful! The best part about the name is that it never runs out of neither style nor relevance.

This name depicts virtues that tell a lot about a woman. Not only is Grace an amazing name, but its flexibility makes it all the way more amazing either as a first, or a middle name. If popularity is an absolute prerequisite for a name to be added to the list of the best female titles, then Grace definitely tops all the charts!

As enjoyable as looking for pet names for someone special is, there’s no denying the fact that it can be a tough grind, especially if you are not armed with the right options to choose from. That is why after hours of meticulous research, today, we have selected over 60 marvelous nicknames for the Grace in your life. Additionally, each option comes with our advice to help you choose the best one!

Whether it is for your best friend, girlfriend, sister, or just an amazing lady in your life, we bet there’s a stunning pet name that suits her perfectly. But before diving right into the options, let us first get to know a little about the name and where it spawns from.

Meaning And Origin Of The Name Grace

Grace is a feminine name that bears a Latin origin, and is a derivative of the word “gratia,” which translates into “favor, kindness, or mercy.” This name has gained immense popularity over the past decades, especially among Christians.

Yet, unlike most other female names whose universality varies with the territory, the name Grace is overly admired in the world, even across the African subcontinent!

In fact, in 1875, it was recorded as the 11th most popular name throughout the United States. Also, in countries like Scotland, Wales, Australia, England, and Canada, Grace stays the cream of the top.

Now that we’re familiar with the meaning and origin of the name, let us head straight to some of the greatest nicknames for Grace.

Choosing an adorable pet name for someone special in your life is a sure-shot way of expressing your affection for that person.

If you’re searching for a nickname that brings a smile to your beloved’s face and makes them feel lucky and loved, then look no further than this list:

Looking for a nickname that leaves the group bursting into fits of laughter every time they hear it?

If you are all game for a whimsical, silly, and gut-roaring pet name for the happiness named Grace in your life, then have a look at some of our favorites:

What we are about to say might be a little difficult for you to digest, but admit this; sometimes, it is cool to be bad!

If the good-girl named Grace in your life is secretly (or otherwise) a badass, she deserves a killer nickname that best suits her personality! Here are a few options to inspire you:

Nicknames are like best friends because the best ones are the hardest to find! If your best friend named Grace in your life makes you feel as great as if you’re winning the lottery, then it’s important that you let her know how much she means to you by giving her a loving nickname. Have a look:

If you are someone with a penchant for all the finer things in life, chances are that you’d want to pick a creatively-made and thoughtful nickname for the special girl in your life.

Have a look at some of the options of the most inventive nicknames for Grace that we love:

Every great person is equipped with a unique nickname that helps them establish a prominent identity. In case you are looking for a stunning pet name like no other, then look no further than this list:

So, this was all about over 60 stupendous nicknames for someone named Grace. We hope that our attempt to cover the best pet names and every other nitty-gritty you need to understand about the name has helped you set your heart and eyes on the one for you!

In case you have another amazing nickname for Grace in mind, then be a dear and let us know.