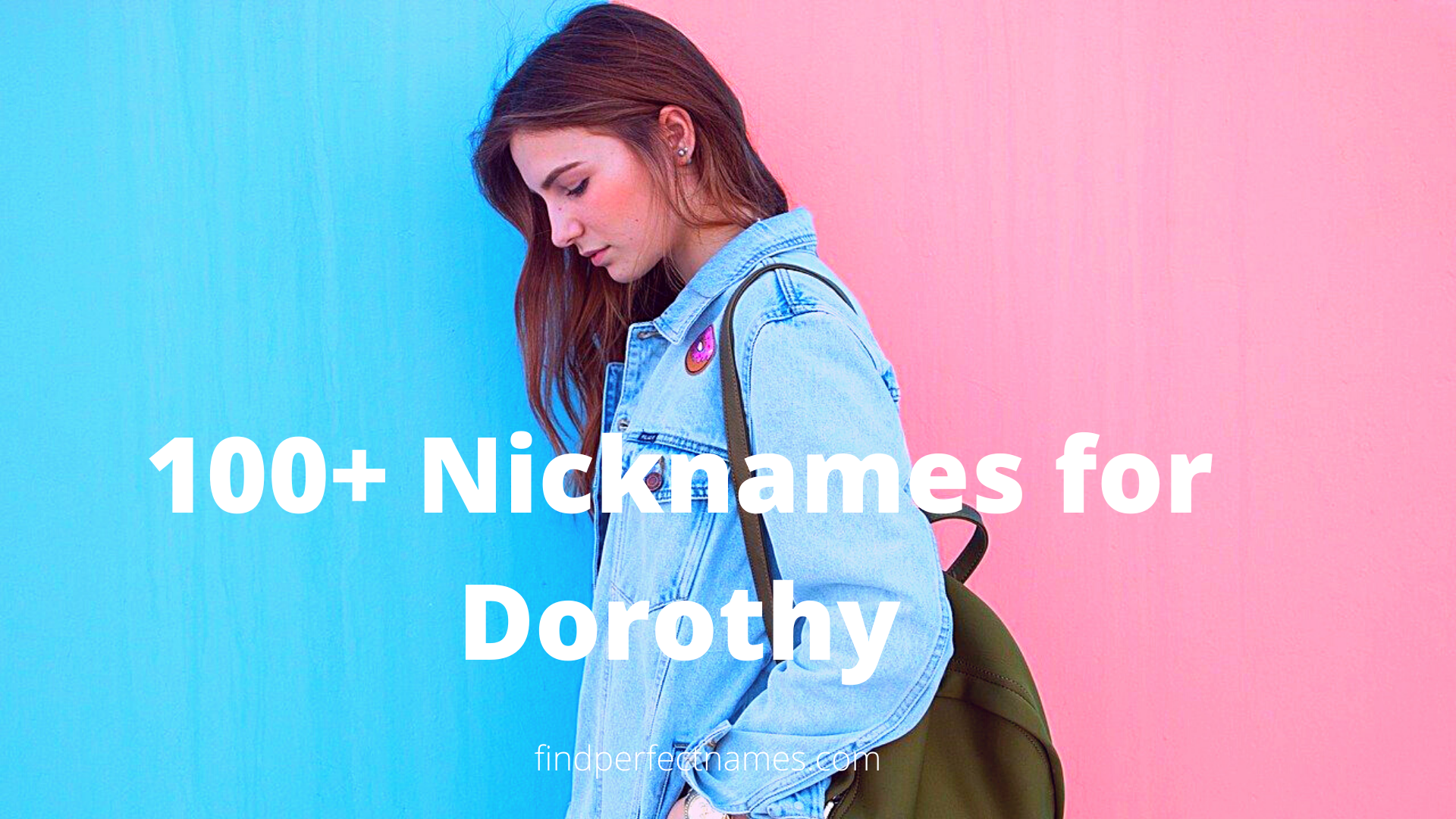 Hey, are you hovering over the internet in search of nicknames for Dorothy and still didn’t manage to choose any? Relax a bit and go through this article till the end.

This article will help you to choose nicknames of different categories, variations, and different languages for your dear Dorothy.

Dorothy was a less-used variant of Greek Dorothea and was adopted by English speakers in around the 16th century. The name became a popular name for girls in America during 1904 and 1940. In 1961, the name ranked among the top 100 most popular names of that time.

We have shortlisted at least 100 nicknames to help you to choose some cute, funny, cool, and unique Dorothy nicknames.

We have briefly described the history of the name. Before deciding the perfect name, please read the origin and meaning of the name Dorothy so that you can make the best fitting choice.

Meaning and Origin of Dorothy

Dorothy is mainly a female attributed name that comes from the Greek word ‘Dorothea’ meaning “God’s gift”. ‘Doron’ means ‘gift’ and ‘theos’ means ‘God’. Although a name like ‘Dory’ which is a less commonly used masculine name in English, also was derived from the Greek masculine ‘Dorotheos’.

Not only that, names such as Theodore and Theodora were also evolved from the same Greek name, ‘Dorotheos’, although reversed in order i.e. ‘theos-doron’ meaning “gift of God”.

This name was borne by virgin martyr Saint Dorothea of Caesarea from the 4th century. Please keep all the possibilities in mind while choosing a nickname for your dearest one.

Go through the below categories to pick the one or more that you think will be a perfect fit for your acquaintance:

A sweet lady named Dorothy deserves an equally sweet and cute nickname for her to be gifted.

Funny nicknames are generally used for teasing a friend or partner. Whatever the reason it may be, these names will surely help you in it.

Neither cute nor funny, but you are looking for a cool nickname for Dorothy. Names sound cool if they are short and up to date. Worry not; here we are with the collections of cool nicknames.

Tired of hearing these common nicknames again and again and in search of something new? A unique nickname for Dorothy is hard to create because it is already a very commonly used name. Still, we have tried our best to create some. Have a look at these.

Dorothy was a very popular nickname for almost a century in America though its popularity decreased over time. We tried our best to aid you to select the best nickname for your loved one be she your girlfriend, wife, sibling, baby girl, a close friend, or just an acquaintance.

If you think these suggestions could be better or we have missed some names that are worth mentioning, please feel free to help us update our list.

Comment down below your choices and we will update those names.

Thank you for reading.