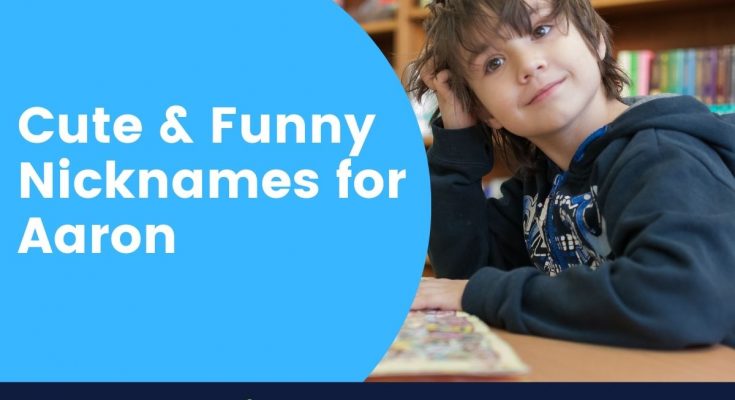 It’s interesting to note how the name ‘Aaron’, which goes back to the 14th Century BCE, is still a popular name that is mostly given to a baby boy.

‘Aaron’ finds its origin as a Hebrew name which means “High Mountain”. A man with an edge and steady popularity, someone with this name is sure to signify strength and softness together at the same time and go well with both a brawny man and a spirited child.

According to data accumulated by the Social Security Administration in the United States in 2019, it is the 61st most popular name given to boys. In the last 5 years, the name’s popularity was at its peak in April 2017.

Earlier Usage Of The Name

Aaron was the traditional founder and head of the Israelite priesthood. He led the Israelites out of Egypt with the help of his brother Moses. The figure is so prominent that he can be found in the Pentateuch (the first five books of the Bible).

In Jewish commentating and interpretive writings, he can be seen beside Moses, in the form of a leading personality. With his popularity too, he has appeared in various roles when it comes to describing the Christian Tradition.

There’s a whole history that lies behind this name, and it is surely worth mentioning! The name carries with itself a number of traditions, including the Christian, Jewish and Arabic schools of thought.

In each of these traditions, the figure with this name remains central to many popular stories that were circulated in Western Cultures at one point or the other.

As this name is a popular choice amongst parents, one should not face a hard time finding nicknames for their dear Aaron!

We have listed 40+ nicknames for Aaron below which you can look at and choose according to your Aaron’s personality!

His name has classic origins, and he is popular amongst parents because they love his edgy style and joyful spirit. Some popular nicknames for your popular friend can be chosen from the list below:

Every Aaron comes within a package that has cuteness in all big quantities. Just like the trait, we have some cute nicknames which would make your friend totally adorable:

While names have meanings behind them, it’s okay to think of something funny just to have it as a tag. We have made a list of funny nicknames for Aaron, take a look:

Even though it’s a popular name, the personalities that have been recognized by Aaron have a sense of uniqueness. You can differentiate them from the crowd because they stand out. We have some unique nicknames for someone who goes by the name ‘Aaron’, check it out:

Popular Celebrities Who Go by the Name ‘Aaron’

Like we mentioned above, this name is one of the most popular ones in the United States. There are famous celebrities that go by this name, such as Aaron Rodgers who is the famous American Football Player.

And how many of us have watched the show Breaking Bad? Remember Jesse Pinkman? The character was played by Aaron Paul.

Aaron Taylor-Johnson is another known personality known for his outstanding performance in Godzilla. The list seems never-ending? Well, one can’t put a stop to those skills that people with this name have!

We have given you a list of nicknames and now it’s your turn to choose that one name which will fit in with your friend’s personality traits. There are more than 40 names, so don’t hesitate on putting in a lot of time just to choose the right one.